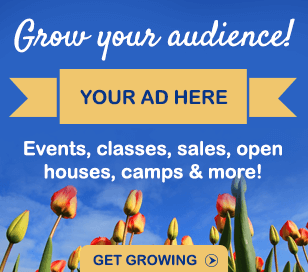 Long-time Bucks County resident, Paula Chamlee, returned to college in the 1980s, majoring in the visual arts, to finish a degree she had begun in the 1960s in the performing arts. She earned a B.F.A. in painting in 1988. During this latter part of her college career, she discovered photography and quickly found direct involvement with the world outside the studio to be irresistible. In the twenty-four years since, she has traveled extensively, making photographs both in the United States and abroad. Chamlee has been the recipient of several grants, including one from the Leeway Foundation for “Excellence in Photography.”
Her photographs have been widely exhibited in museums and galleries, most recently at Gallery 291 in San Francisco
(November–December, 2008) and at the James A. Michener Art Museum (December, 2008 – March, 2009). Her photographs are in numerous collections, both public and private in the United States and abroad, including the Los Angeles County Museum of Art, Cleveland Museum of Art, Museum of Fine Arts, Houston, Philadelphia Museum of Art, Cincinnati Museum of Art, Norton Museum of Art, West Palm Beach, and the Library of Congress. She has taught workshops in photography in the United States, Austria, Germany, Tuscany, Iceland, and Australia. She has had five monographs of her work published and will have a sixth book published in 2009.
Her first book, Natural Connections: Photographs by Paula Chamlee, consisting of photographs and writing about the natural landscape, was published in 1994 and established her reputation as a highly original artist working within the classical tradition of straight photography.
In Chamlee’s second book, High Plains Farm, published in 1996, she looked to her roots and photographed and wrote about the farm where she grew up on the High Plains of the Texas Panhandle. One critic called High Plains Farm “one of the genuinely significant contributions to photography and landscape study in many a year,” while another described it as “epic in its vision and intimate in its humanity.”
Her third book, San Francisco: Twenty Corner Markets and One in the Middle of the Block, published in 1997, takes a look at the uniqueness of small, family-owned markets amidst the larger, faster-paced commerce of a big city.
In 2004 she published two books of photographs from Tuscany: Tuscany: Wandering the Back Roads—Volume I, and Madonnina. Recent photographs have included a series of landscape photographs from Iceland, and a series of the Texas Panhandle from the air. In 2006 she began working on her first film, Flow, which had its first screening at her recent exhibition at the James A. Michener Art Museum. Her photographs are currently represented by Gallery 291 in San Francisco, Peter Wach Gallery in Cleveland, and Lumière Gallery in Atlanta.
In 2008 she was commissioned to photograph Chicago, and a book of her Chicago photographs, combined with drawings, writing, and assemblage, will be published in the fall of 2009.